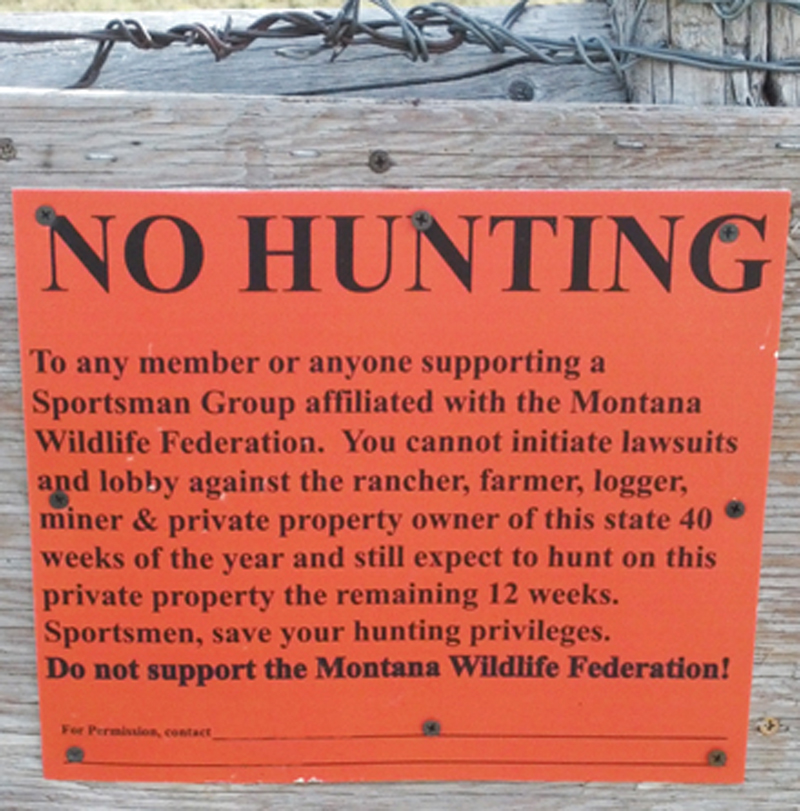 What is a Green decoy group?

Simply put, a green decoy group is an environmental group that camouflages itself as a legitimate sportsmen's group thus "Decoying" in the unsuspecting sportsmen.

Environmentalist activism is the name of the game for green decoys. According to influencewatch.org, which monitors non profits, the National Wildlife Federation along with it's state affiliates like IWF have transitioned from being conservation organizations into left-leaning pressure groups focused on environmental advocacy.  Environmental and wealthy left wing foundations such as Brainerd, Wyss, Tides, Sonoran, and Wilburforce have poured millions into decoy “sportsmen,” “hunting,” and “angling” groups, using them as cover to push their conservation agendas. In fact, the Montana daily gazette is warning Montanans that some of these green decoy groups serve as dark money-launderers for liberal Democratic candidates and serve to misinform voters. Some of these groups have successfully scammed Montana’s voters in past election years, portraying themselves as grassroots lobbyists for sportsmen. Most of these green decoy groups also partner with large conservation groups such as Yellowstone to Yukon (Y2Y), Greater Yellowstone Coalition, and National Wildlife Federation.​  These green decoy groups are often "front groups" for larger conservation groups, meaning the large conservation group deliberately created, and support them to promote their conservation agendas. The following articles are also worth reading to better explain the threat of green decoys:


Since Idaho Wildlife Federation (IWF) is primarily bought and paid for by radical leftists, they must do their bidding which is shutting down public grazing, logging, mining, drilling, dredging ​and to close countless gates blocking public access to roads.  IWF is truly an anti-private property, anti-rancher, professional agitator group desiring to cause chaos and drive a wedge between sportsmen and land owners. They have pushed for more wilderness, national monuments and to remove grazing allotments. In more recent years IWF has learned the art of green decoy tactics as they learned the effectiveness of creating new "sportsmen's" groups to help with their agenda. For example when they fought for the 763,000 acre ​ Boulder White Clouds Wilderness which blocked gates and public access, they created a new group called "Sportsmen for the Boulder White Clouds" to provide them with cover that traditional sportsmen were helping with their environmental land grabs. IWF also sponsored the 2020 Camo day and they brought in other "conservation" groups they have helped organize like the Henry's Fork Wildlife Alliance who is helping them with the radical Y2Y projects in Island park. Following are a few of IWF's objectives:

-Professional agitators whose goal is to drive a wedge between sportsmen and land owners (Gate closures)
-Decades of blocking gates and closing public roads
-Supported reintroduction of wolves
-Currently working with the Y2Y Initiative which is against killing predators to expedite the expansion of grizzlies into Central  Idaho.
-Works with radical environmentalists using the same law firms to sue
-Dam breaching to save Orcas, climate change and tribal gill netting
-Anti mining
-Anti Logging
-Anti public grazing

"I am quite familiar with the IWF agenda  now and historically - clear back to the 1960’s when the enviros took it over and changed it to an environmental advocate while masquerading as a hunting / sportsman's organization. Fundamentally IWF’s environmental stand has frequently been at odds with private property rights through the years and in that arena it has shared the stage with John Marvel..".......John Runft, Runft & Steele law offices

On January 31, 2020, Karen Schumacher wrote  a comprehensive article entitled "Who is the Idaho Wildlife Federation"? This article was published in multiple conservative media sites.

IWF and the National Wildlife Federation (NWF) were big players in re-introducing wolves into Idaho. In fact the federal government wanted to classify wolves as "Threatened" only and remove all protection under the ESA. The NWF opposed this, demanding the full protection of the ESA.  Because of NWF action it took over 15 years to finally get wolves delisted and this required congressional action to get wolf management out of the hands of radical activist judges who abused the stringent ESA protection policies. In a response to lawsuits filed by the Farm Bureau, James R. and Cat D. Urbigkit and other parties, on December 12, 1997, US District Court Judge William Downes ordered removal of introduced Canadian wolves in central Idaho and Yellowstone National Park.  IWF, NWF,  Defenders of Wildlife, Wyoming Wildlife Federation, and other environmental groups appealed this and wolves were here to stay!

Grizzlies and the Y2Y Initiative
After IWF was successful in helping with the destruction of Idaho's once famous back country elk herds through wolf re-introduction, they went to work on restoring grizzlies back into Idaho's Selway and Middle fork wilderness regions. IWF is being funded well by left wing foundations to work on Y2Y projects. Since the Idaho conservative legislature and IDFG commission said no to physically releasing grizzlies in our wilderness areas, the next best avenue to restore grizzlies is through the Y2Y initiative.  Just so sportsmen understand, the Y2Y corridor is twice the size of Texas with the same protections as Yellowstone National Park. That translates into no hunting or trapping of carnivores. Dr. Valerius Geist said the following about the Y2Y Initiative, "You want to have a wildlife desert (predator pit)? Easy, support the Yellowstone to Yukon "wildlife corridor". ​

IWF has historically partnered with the worse radical enviro groups like Western Watersheds project in lawsuits to remove grazing allotments. IWF works close with the National Wildlife Federation's "Adopt a Wildlife Acre Program" which is designed to rid the landscape of cattle grazing by purchasing up livestock grazing allotments. Recently the NWF praised the IWF for their help in "retiring" an 86,000 acre grazing permit.


Anti Logging
If anyone believes for a minute that the Idaho Wildlife Federation's goals are to open more public roads for access, you better get to know google a bit better. The IWF has been the environmental leader in Idaho for closing roads to block hunting access, logging, mining and all multiple use.

Locking up Gates
IWF's Access obstruction reward program is nothing but another private property agitation tool and threatens our Fifth amendment Constitutional right to protect our private property. If the Federation really cared about all trespassing rules or laws they'd put up a $500.00 reward to stop destruction and trespassing on private property or fight the Feds when they lock up a road. This sign out of Montana captions what the state Federations are really best at. The Federation doesn't care about all the roads being shut down by the Forest service nor the roads they've helped close by pushing for more wilderness or national monuments. The Federation's tactics are very similar to the radical leftist funded group "Black lives matter",  who doesn't care about black on black homicides but they do care about turning folks against police and promoting civil unrest that can lead to destruction.

IWF has been suing to breach our dams for decades.  Following is just a portion of the litigation IWF has been involved in to remove our dams:

Sadly in the latest lawsuit in hopes to breach the dams, the judge in 2016 ruled to stop the government from 11 projects including actions designed to extend the life of the dams, such as replacing decades-old hydroelectric turbines. These much needed dam improvement projects not only jeopardize the integrity of the damns but cost us over $110 million in economic opportunity.

During the Idaho Governors race of 2017, IWF's executive director Brian Brooks held a forum for the candidates running for Governor. Brooks was critical of Congressman Raul Labrador for declining to attend and participate in the forum.

Labrador and many others knew that IWF had been aggressively trying to breach dams for decades and knew of their green decoy tactics. Unfortunately, most sportsmen don't know the Federation's past on dam breaching and we called out Brooks on social media about being dam breachers and below was his deceptive green decoy response.  Brooks is also on the board of directors of the radical dam breaching group,  Wildsalmon.org. who's mission is to breach the lower snake river to fight climate change, protect the orca's by restoring salmon and to modernize the Columbia river treaty.

The Federation and other enviros didn't want the dams in the first place and have been battling to breach them ever since. Yet on rivers like the Fraser, Yakima, Elwha and other rivers without dams, the fish are experiencing similar survival rates.

The damless Fraser river in BC expected 5 million Salmon to return in 2019 but only 600,000 came back. Since they don't have dams to blame they can only blame climate change, “There is no question that climate change is having a significant impact on our salmon,”

When the Elwha dam, was breached in 2011 it was the largest dam removal operation in U.S. History. The enviros praised this success claiming the salmon runs have improved significantly when in reality there has been no benefit to the salmon.

Damless rivers are also declining at similar rates and are being closed due to poor returns. Kintama Research Services is the world leader in the design, deployment and operation of large-scale and cost-effective underwater acoustic telemetry arrays​ and their analysis of Salmon survival with and without dams is a must read!

As an example, In 2009, West Cost rivers experienced terrible returns and enviro scientists began blaming dams, global warming, pollution and the same excuses the Federation are using today. Yet the very next year in 2010, the Columbia, and its tributaries had record Salmon runs and so did rivers like the Fraser with no dams. On social media,  sportsmen are also loudly complaining about poor fish returns on rivers with no dams. They are blaming excess tribal gillnetting, excess sea lions, ocean factors and every other possible reason. So If we breach the 4 lower snake river dams and the fish don't return, will we see the same excuses for poor returns?

It's interesting and highly suspect that the Idaho Wildlife Federation isn't showing the same level of concern for the affected economies and communities above damless rivers versus those on dammed rivers!

Don't fall for The Idaho Wildlife Federation green decoy tactics. Don't be a tool of the radical environmentalists!