Idaho For Wildlife has been assisting with the coordination efforts to locate a few highly trained, long-range tactical hunters in hopes they can hunt down and destroy a colt killing wolf in Sun Valley, Idaho.  This wolf killed a valuable colt of Kevin and Jennifer Swigert on 2-13-2014. Then ten days later on Sunday 2-23-2014 at 1:45 PM,  this same aggressive wolf attacked two of the Swigert dogs in broad daylight within 300 yards of the Swigert’s while they were feeding their dogs.

Due to the extremely aggressive behavior of this particular wolf, concerned citizens both locally and nationally have come forward wanting to help the Swigerts any way they can. Some have pledged undisclosed amounts of donations to help incentivize hunters in hopes of eliminating this dangerous wolf before it attacks and kills again. One local lady left a $100.00 bill on the windshield of a hunter who has been vigilantly hunting every day. Some want to help with Vet bills.

The Swigert’s have dealt with hundreds of wolves in the past 15 years but have never seen a wolf more brazen and unafraid of man. The Swigert’s have witnessed the wolves drastically reduce the number of elk and deer near their home since wolf re-introduction. They believe that with the wolves eliminating much of the prey base this is contributing to the desperate and aggressive behaviour of the wolves. Recently a man near this area was walking his two dogs when a wolf attacked and killed one of the dogs right in front of him! Another lady who lives in a subdivision had a wolf on her back deck trying to kill her cats. In both cases the pressure from the elite and leftist social atmosphere keeps them silent.

USDA Wildlife Services if attempting to locate and destroy the wolf from a plane. The challenge in this country is that the wolves have become educated to what these planes represent. They are able to hear these planes from a great distance and they take cover making them very difficult to hunt from the air.

After the colt was killed on 2-13-2013, IDFG officials told the Swigerts that they would make efforts to help find hunters to look for the killer wolf. IDFG claimed to have sent approximately 30 emails to various sportsmen throughout the area. Unfortunately no one responded from IDFG’s effort to assist the Swigerts.  Ten days later and with fresh blood on her hands from her wolf attacked dogs; Jennifer immediately contacted Idaho For Wildlife for help. Within hours, IFW had sent pictures and documentation of this last attack to the governor’s office, IDFG commissioners, legislators and seasoned hunters. By Monday morning state and Federal agencies along with hunters began responding to the Swigert’s call for help.

On Tuesday, two days after the dogs were attacked; a mother and son hunting team who are friends of the Swigert’s decided to spend the day hunting the wolf. They climbed up a ridge and began making predator calls in hopes of attracting the wolf. The two of them had separated with the son positioning himself up hill and behind his mother. After approximately 15 minutes, the mother heard a sound from her son’s position and turned back to see him pointing a rifle behind her position. Knowing her son would never take an unsafe shot, she knew there was a problem. Below her was a large grey wolf, slinking itself up towards her! She never saw it coming but her son did from his elevated position. She immediately jumped up swinging her rifle towards the wolf and fortunately it turned away running at full speed. Her son let one shot off just as the wolf crested away from them and unfortunately missed. They learned that a pack of 3 other wolves had moved into the canyon and that the killer black wolf was still in the vicinity.

Due to the high sage brush, it is difficult to spot and hunt the wolves from the canyon floor. The only method of hunting these wolves is to have a few long range hunters positioned high up on the ridge providing a superb vantage point for a long shot.

Unfortunately the word has gotten out to some of the local radical wolf advocates of Sun Valley. Thursday a very low flying helicopter flew over the canyon just under the blanket of fog near the ground. Jennifer watched this reckless, crazy pilot flying and told us that no life is worth putting at risk to save a wolf! It is against Idaho law to deliberately haze or interfere with hunting. Idaho  statute (36-1510) reads, " No person shall Harass, intimidate or threaten by any means including, but not limited to, personal or written contact, or via telephone, e-mail or website, any person who is or was engaged in the lawful taking or control of fish or wildlife any Interference with hunting, fishing, trapping or wildlife control.”  Other local radical wolf advocates are driving the roads shooting guns and cracker shells attempting to scare wolves off. Recently Idaho for Wildlife held a predator derby in Salmon, Idaho where they quickly learned from the many death threats that some of these radical wolf advocates actually place the sanctity of the wolf or coyote over human life.

Swigert’s are honored and humbled by the incredible outreach and support they are receiving. Elite, highly trained retired special forces officers have been on the ground watching their home almost 24 hours a day. Jennifer became emotional when she told how one of these trained professionals’ stayed outside their home last night maintaining a 100 feet perimeter as he guarded them all night. These retired Special Forces experts are not worried about the wolves but from the threats against the Swigert’s from the radical pro wolf advocates.

Due to the overwhelming amount of support to eliminate this killer wolf, we have secured adequate qualified hunters in the vicinity where this evasive wolf is living. All hunters have respected the Swigert’s request to not shoot any of the coyotes in the canyon. The coyotes are invaluable at warning people when wolves are near. If you are interested in hunting other areas near Sun Valley, please contact the Idaho Fish and game office in Jerome at (208) 324-4359 and they will be able to provide recommendations of nearby wolf packs.

The Swigert's are very thankful for the outpouring of support and hope and pray for everyone’s safety through this challenging experience.

Hopefully this dangerous wolf will be brought down soon! 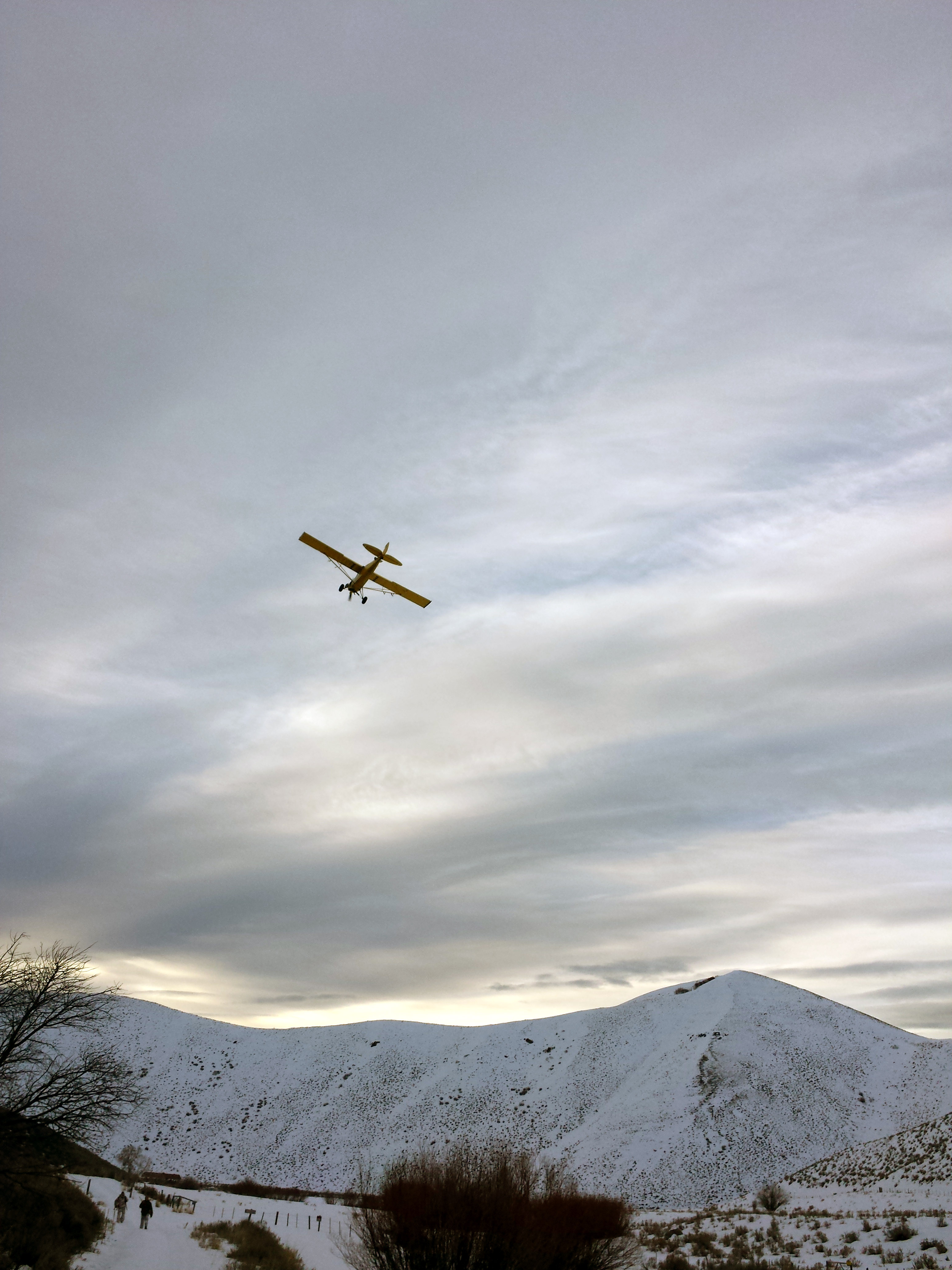 USDA Wildlife Services trying to locate killer from the air as discouraged hunters return without any luck. 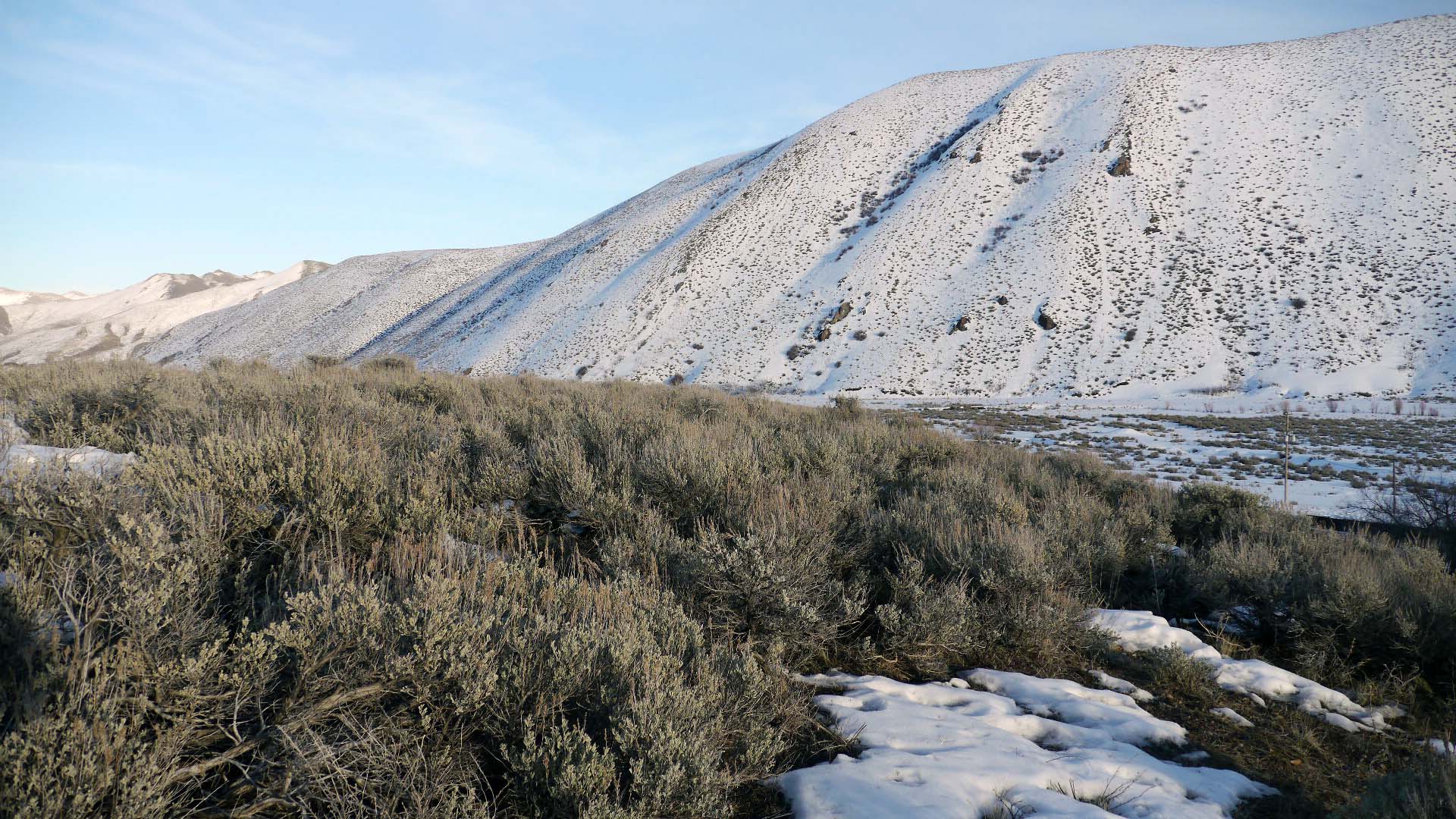 Tall sagebrush which makes it very difficult to see wolves without being on an elevated vantage point.